European Union lashes out at Trump over travel ban, amid coronavirus chaos

Arguing “no one will be safe in Biden’s America,” President Trump took aim at rival Joe Biden and painted a clear contrast between himself and the Democratic presidential nominee as he gave arguably the most important speech of his 2020 reelection campaign.

And making the case for another four years steering the nation, arguing he’s kept his promises and delivered on them to supporters, Trump vowed that “in a new term as president, we will again build the greatest economy in history – quickly returning to full employment, soaring incomes and record prosperity.”

But Trump also used his speech and the entire four-day confab to shake up a contest that has seen him consistently for months trail the former vice president in national public opinion polling and, more importantly, in surveys in the key general election battle ground states. The president is aiming for a reset in a race where his job combating the worst pandemic to strike the nation and the world in a century – and an economy severely deflated by the coronavirus – are top on the minds of voters.

The president used his address to once again paint Biden as a candidate who will be subservient to the extreme left of the Democratic Party and warn of a chaotic future for Americans if Biden wins November’s general election.

Trump emphasized that “this is the most important election in the history of our country.”

And he claimed that “at no time before have voters faced a clearer choice between two parties, two visions, two philosophies, or two agendas. This election will decide whether we save the American dream, or whether we allow a socialist agenda to demolish our cherished destiny.”

The president argued that “this election will decide whether we will defend the American way of life, or whether we allow a radical movement to completely dismantle and destroy it.”

And he charged that “Biden is weak. He takes his marching orders from liberal hypocrites who drive their cities into the ground while fleeing far from the scene of the wreckage.”

He added that Biden “is a trojan horse for socialism.”

Hours before the president’s address, Biden took aim at the incumbent. Amid reignited nationwide unrest over racial inequalities following the police shooting last weekend of a Black man in Wisconsin, Biden charged in interviews on two of the three major national cable news networks that Trump is “rooting for more violence, not less” and that the president “just keeps pouring fuel on the fire.”

The president pointing back to last week’s Democratic convention, argued that “Biden and his party repeatedly assailed America as a land of radical, economic, and social injustice. So tonight, I ask you a very simple question: How can the Democrat Party ask to lead our country when it spends so much time tearing down our country.”

“Our country wasn’t built by cancel culture,” he said.

Trump vowed that “as long as I am president, I will defend the absolute right of every American citizen to live in security, dignity, and peace.” He insinuated that the Democrats stand with “anarchists, rioters, looters, and flag-burners,” and pledged that “the Republican Party will remain the voice of the patriotic heroes who keep America safe.”

The president also charged that “if you give power to Joe Biden, the radical left will defund police departments all across American. They will pass federal legislation to reduce law enforcement nationwide…No one will be safe in Biden’s America.”

Immediately after Trump’s speech, Biden took to Twitter to emphasize that the unrest was occuring during the president’s watch.

“Remember: every example of violence Donald Trump decries has happened on his watch. Under his leadership. During his presidency,” Biden tweeted.

Remember: every example of violence Donald Trump decries has happened on his watch. Under his leadership. During his presidency.

The emphasis by the president and his campaign on law and order this summer comes as Trump aims to win back suburban voters who supported him in 2016 but fled the GOP in the 2018 midterm elections.

According to a Fox News national poll conducted earlier this month, Biden leads the president among registered voters in the suburbs by 16 percentage points. And the survey indicates registered voters nationwide by a 48%-42% margin trust Biden over Trump to do a better job handling policing and criminal justice.

Trump spoke as the coronavirus death toll in the U.S. has topped 180,000 people, with the number of COVID-19 cases closing in on 6 million people. Tens of millions remain unemployed after much of the economy was initially shut down in the spring to prevent the spread of the virus. The U.S. has recorded more cases and deaths than any other nation. 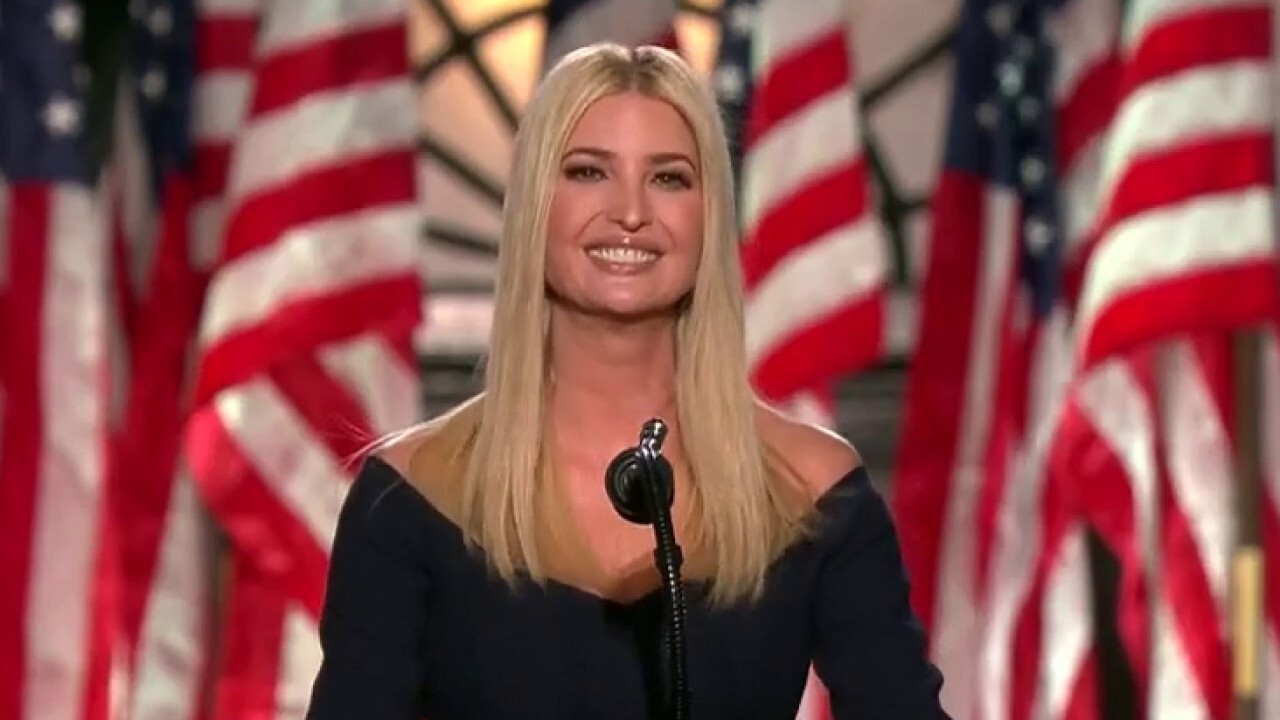 Biden for months has heavily criticized Trump’s response to the pandemic – arguing the president initially downplayed the severity of the crisis and then botched the federal government’s response. The president has pushed back, repeatedly pointing to his early banning of flights from China, where the virus originated.

Hours before the president’s address, Biden’s running mate – Sen. Kamala Harris of California — charged that Trump “failed miserably” in steering the federal response against the coronavirus. And she claimed that “Donald Trump froze – he was scared” as the pandemic swept the nation earlier this year.

“Donald Trump has failed at the most basic and most important job of a president of the United States – he failed to protect the American people. Plain and simple,” the Democratic vice presidential nominee argued.

The president, pushing back, touted that “we launched the largest national mobilization since World War II. Invoking the Defense Production Act, we produced the world’s largest supply of ventilators. Not a single American who has needed a ventilator has been denied a ventilator. We shipped hundreds of millions of masks, gloves and gowns to our front line healthcare workers. To protect our nation’s seniors, we rushed supplies, testing kits, and personnel to nursing homes and long term care facilities. The Army Corps of Engineers built field hospitals, and the Navy deployed our great hospital ships.”

In another claim Democrats would dispute, Trump underscored that “we developed, from scratch, the largest and most advanced testing system in the world.”

And the president predicted that “we will have a safe and effective vaccine this year, and together we will crush the virus.”

The Biden campaign took aim at Trump following his address, describing his speech as “delusional.”

“Instead of a strategy to overcome the pandemic or any concern for the unbearable suffering in our country right now as a result of his ongoing failures, what we heard was a delusional vision completely divorced from the crushing reality that ordinary Americans face,” Biden deputy campaign manager Kate Bedingfield charged.

And she argued that “the American people know who Donald Trump is. They know the truth about Trump’s crisis-plagued presidency because they are living it every single day: shuttered businesses in our neighborhoods, kids kept home from school, and a steady stream of vitriol intended to tear us apart, from the person who is supposed to be uniting our nation.”

The president used part of more than an hour-long address to spell out his agenda if he wins a second term. Trump vowed “we will create 10 million jobs in the next 10 months. We will hire more police, increase penalties for assaults on law enforcement, and surge federal prosecutors into high-crime communities. We will ban deadly sanctuary cities, and ensure that federal health care is protected for American citizens, not illegal aliens.”

The president spoke in front of nearly 2,000 supporters invited to the White House. Audience members were seated closely together and many weren’t wearing masks. Coronavirus tests were not mandated for those attending the president’s speech.

Ahead of his speech, sounds of drumming and yelling from a distance away could be faintly heard at the South Lawn. The noise came from anti-Trump protesters holding peaceful demonstrations a few blocks away.

Following his speech, the president and his guests were treated to a massive fireworks show — which included displays of “Trump” and “2020” — and an opera performance.