Two federal lawsuits were filed on Wednesday against the Trump administration over its plan to open up close to 1.6 million acres of Alaska’s Arctic National Wildlife Refuge to oil and gas development, marking the latest legal move by legislators and Native Alaskans to thwart the White House’s agenda in the refuge.

One lawsuit, which was filed by a coalition of 15 states and names Interior Secretary David Bernhardt, asserts that the Trump administration’s drilling plan in the refuge, also known as ANWR, violates multiple federal laws and was approved after a failed environmental review.

“President Trump’s plan to open up America’s Arctic National Wildlife Refuge to oil drilling is the latest egregious example of his administration’s four-year assault on our environment,” Washington State Attorney General Bob Ferguson, who spearheaded the suit, said in a statement to Fox News.

Ferguson added: “President Trump and Secretary Bernhardt — a former lobbyist for Big Oil — unlawfully cut corners in their haste to allow drilling in this pristine, untamed wildlife refuge to oil and gas development. I’m leading a coalition of states to hold the Trump administration accountable to the rule of law and block this unlawful drilling plan.”

The suit argues that the decision to open part of ANWR for drilling was based on an “inadequate environmental review” that failed to take a “hard look” into the effects drilling would have on greenhouse gas emissions, climate change and migratory birds.

The suit states: “Defendants’ actions severely underestimate the avoidable and irreparable damage to vital habitat and pristine waters, imperil wildlife already struggling to thrive in a rapidly changing ecosystem, and increase greenhouse gas emissions at a time when our nation and the world drastically need to reduce emissions to mitigate the most extreme harms of climate change.”

A separate suit, filed by Alaska’s Gwich’in Tribes, also seeks to halt moves to open oil and gas drilling in parts of ANWR. 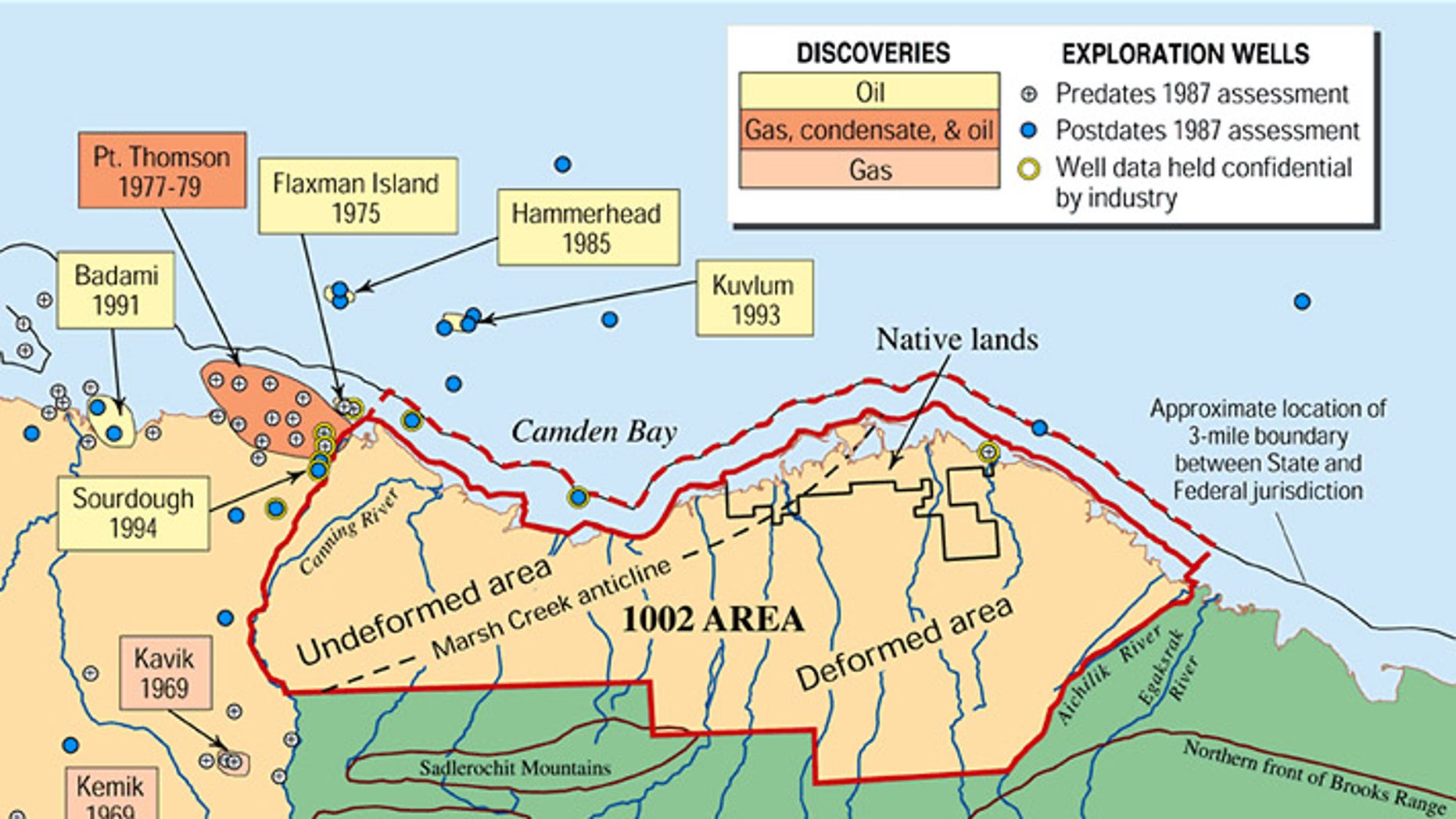 At the heart of the battle over ANWR – a 19 million-acre tract of land flanked by the Brooks Range to the south, the Beaufort Sea to the north and Canada’s Yukon province to the east – is a section of the refuge called the coastal plain, or section 1002.

“The Coastal Plain is one of the most important natural, cultural, and subsistence resources to the Neets’ąįį Gwich’in of Arctic Village and Venetie and to the Gwich’in people as a whole,” Native Village of Venetie Tribal Government First Chief Margorie Gemmill said in a statement. “As tribal governments we will defend the rights of our people at all costs.”

The Trump administration, Alaska’s Republican lawmakers, some of its Native corporations and the fossil fuel industry, however, see the estimated 7.7 billion barrels of oil under the coastal plain as a boon to the state’s flagging economy and a path toward energy independence in the United States.

In August, the Interior Department put all available land in the coastal plain on the table for possible leasing, with the first lease sale slated to be held by late 2021, and the second by late 2024. The leasing program was permitted under the Tax Cuts and Jobs Act of 2017, which was passed by Congress and signed into law by President Trump.

“This is a congressionally mandated energy development program that leaves 92% of the refuge completely off-limits to development,” the Interior Department said in a statement to Fox News. “The lawsuit is politically motivated and meritless, and we will see them in court.”

Last September, however, the House voted 225-193 to reinstate a decades-long ban on oil and gas drilling in ANWR. It was a largely symbolic step by the Democrat-led House as the Senate has not considered the legislation.

ANWR was created in 1980 as part of comprehensive public-lands legislation signed into law by then-President Jimmy Carter that put more than 100 million federal acres in Alaska under conservation protection. Lawmakers at the time recognized the potential for oil drilling on the coastal plain, but they prohibited leasing or other development on the land unless authorized by a future Congress.

Despite the region being opened for drilling, it is unclear if there is a willingness on the part of companies to wade into the area amid questions about the future demand for oil and vows from large banks not to invest in the region.

Several major banks, including Wells Fargo & Co. and Morgan Stanley, have announced in recent months they will pull back from supporting oil and gas projects in the refuge – a move that Alaskan lawmakers in Washington have called discriminatory. ‘If the Akyems do not stop their nonsense, they’ll take VISA before entering Accra’ – NDC MP
Next Article