Three of the four death row convicts in the Nirbhaya gangrape and murder case – Akshay, Pawan, and Vinay – have now approached the International Court of Justice (ICJ) seeking a stay on their death sentence.

The ICJ, sometimes called the World Court, is the principal judicial organ of the United Nations (UN). The court settles disputes and gives advisory opinions on international legal issues referred to it by the UN.

The four convicts on death row are Mukesh Singh, Vinay Sharma, Pawan Gupta, and Akshay Thakur. They are scheduled to be hanged at 5:30 AM on March 20. 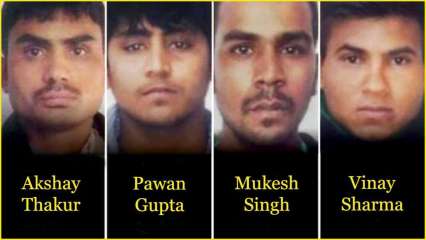 Legal experts have noted that owing to the judicial procedures provided under India’s legal system, it is possible that the death row convicts are delaying their ultimate fate by filing petitions and counter-petitions successively.

The three convicts who approached the ICJ also sought directions for the case to be listed in an open court for hearing and submissions.

The appeal, filed by Advocate AP Singh, said that the investigation is not only flawed but also unreliable which deserved justice chastisement and warrants rejection.

“Many facts of the investigation that pertain to the recording of dying declaration, recording of statements of witnesses, medical exam, holding of the test identification parade, the matter and method of search and seizure and the procedure of arrest have been seriously doubtful in this case due to international media pressure,” it said.

The appeal alleged that there was public, political and media pressure to “falsely implicate” the convicts or to treat them as guinea pigs to save others.

“In essence, the submission is that the whole exercise, namely, investigation and trial has been carried out with the sole purpose for the survival of the prosecuting agency in India, which is a big miscarriage of Justice in India,” it added.

The 23-year-old physiotherapy intern, who came to be known as ‘Nirbhaya’ (fearless), was gang-raped and savagely assaulted on the night of December 16, 2012, in a moving bus in South Delhi. She died of her injuries a fortnight later in a Singapore hospital.

The accused in the case – Akshay Kumar, Pawan Gupta, Mukesh Singh, Ram Singh, Vinay Sharma, and a minor boy – were promptly arrested under charges of sexual assault and murder.

In 2013, one of the accused, Ram Singh, died in police custody of possible suicide, allegedly committing suicide by hanging himself in Tihar jail days after the trial began.

All of the remaining accused were convicted by a fast-track trial court of rape and murder and while the juvenile, who was said to be the most brutal of the attackers, was given the maximum sentence of three years imprisonment at a reform facility, the rest were sentenced to death by hanging. Subsequently, the Delhi High Court and the Supreme Court upheld this judgment.

The juvenile was released in 2015 and sent to an undisclosed location amid concerns over a threat to his life. He, when released, was 20 years old. Tom Hanks’ vegemite toast leaves fans concerned: ‘That is too much’
Next Article