After announcing his intention to take a nosedive into politics in 2017, superstar Rajinikanth on Thursday charted out his path for a different brand of politics and clarified that he never aspired to become the Chief Minister of Tamil Nadu.

Moreover, the party’s prime focus would be to bring more youngsters into its fold. The party would have a large number of youngsters in the age group of below 45 years, and the rest of the members would consist of retired judges and IAS and IPS officials, he informed.

“I myself would reach out to them and invite them,” the Chennai-based actor said. 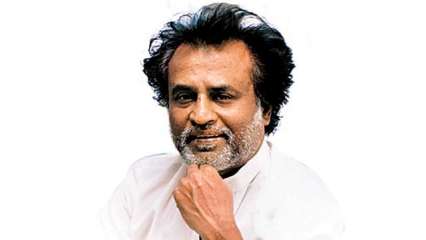 In his first official press conference after December 31, 2017, the veteran star said that he wanted an educated youth who was compassionate and had the self-respect to become the Chief Minister of Tamil Nadu. While announcing his entry into politics in the new year’s eve of 2017, he said that his prospective party would contest the Tamil Nadu assembly elections in 2021.

However, much to the chagrin of his ardent followers, he did not announce the name of his party, or even the launch date–when the party would officially make its foray into India’s political landscape.

He claimed that the late Dravidian icon led a rally in Salem in 1971 in which unclothed idols of Lord Ram and Sita, garlanded with sandals, were taken out. On the 50th anniversary event of the Tamil magazine ‘Thuglak’ on January 14, Rajinikanth said, “In 1971, at Salem, Periyar took out a rally in which the undressed images of Lord Sriramachandramoorthy and Sita.”

Widespread protests took place in the state following his remarks, with several parties demanding an apology for his statement.