Residents of the northeastern city of Beni in the Democratic Republic of the Congo woke up on Monday to yet another massacre by rebels.

Angered by the failure of security forces to stop the attack that killed eight people, they quickly stormed the headquarters of the UN peacekeeping mission in DRC – MONUSCO – to protest their “failure to act”.

“The use of excessive force on protesters is an unacceptable infringement to international human rights law and standards. It is even more unacceptable coming from UN peacekeepers,” said Jean-Mobert Senga, Amnesty International’s DRC researcher.

“People cannot continue to die at the hands of both the rebels and the security forces supposed to protect them and maintain order in line with international human rights standards,” Senga told Al Jazeera.

The protesters have continued to vent their frustrations against UN forces in Beni and elsewhere despite a curfew in North Kivu.

On Wednesday, at least 19 people were killed in another rebel attack in the region. It took place after fighters belonging to the Allied Democratic Forces (ADF) went into a village near Oicha, about 30km (14 miles) from Beni.

According to Advocacy group Friends of the Congo: “Both the Congolese security forces and the United Nations have harmed protesters. This provides insight into the sentiment felt by people in the region – that they are alone and that they have to be on guard against even those entities whose job it is to protect the civilian population.

“What is happening to our people in Beni is criminal. It is an extreme version of what has pervaded the Congo under the previous and current leadership, a climate where exercising your right to assembly is persecuted through jail, exile or death,” the group’s spokersperson Kambale Musavuli told Al Jazeera. 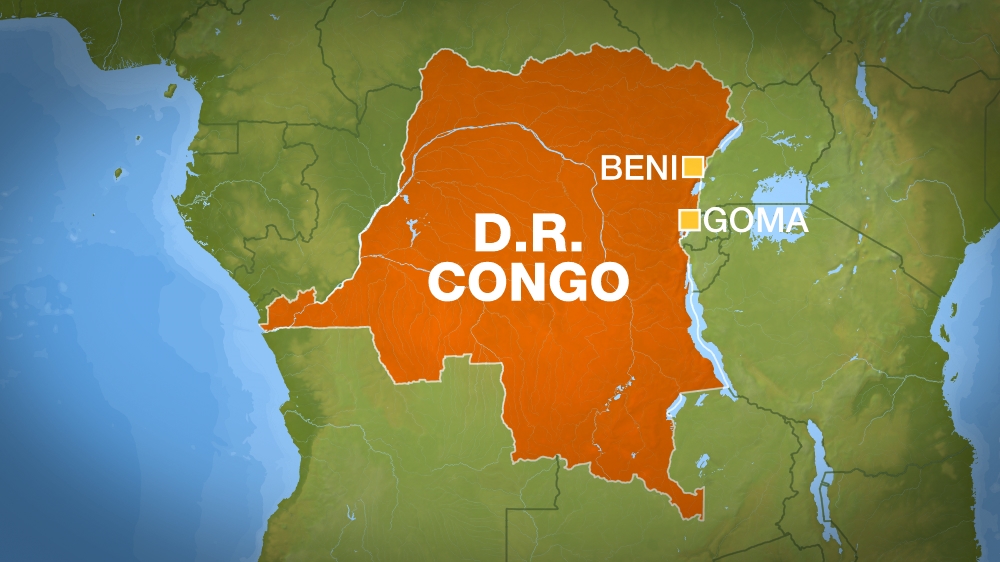 With an annual budget of more than one billion dollars, MONUSCO is one of the largest peacekeeping missions in the world and has operated in DRC since 1999.

The UN has deployed more than 18,000 troops, mostly in the northeastern region of the country. The “blue helmets” are comprised of more than 16,500 military personnel and observers, 1,300 police, and at least 4,000 civilians.

The attacks on their facilities have forced UN peacekeepers to redeploy to other locations. The troops have struggled to maintain control of the vast mineral-rich region, having confrontations with different armed groups since they arrived two decades ago.

“Civilians in Beni are frustrated, and rightly so. MONUSCO is stretched, its funding has been successively cut at each mandate renewal, and we expect its troop contingent to drop again by at least 1,500 at next month’s re-scoping of the mission,” said Indigo Ellis, head of Africa Research at global risk consultancy Verisk Maplecroft.

“Successive cuts have severely curtailed MONUSCO’s ability to meaningfully curb attacks in the eastern provinces. These protests will likely reignite debates about the utility of the 20-year-old UN mission, which have preoccupied the [UN] Security Council for the past couple of years,” Elis told Al Jazeera. 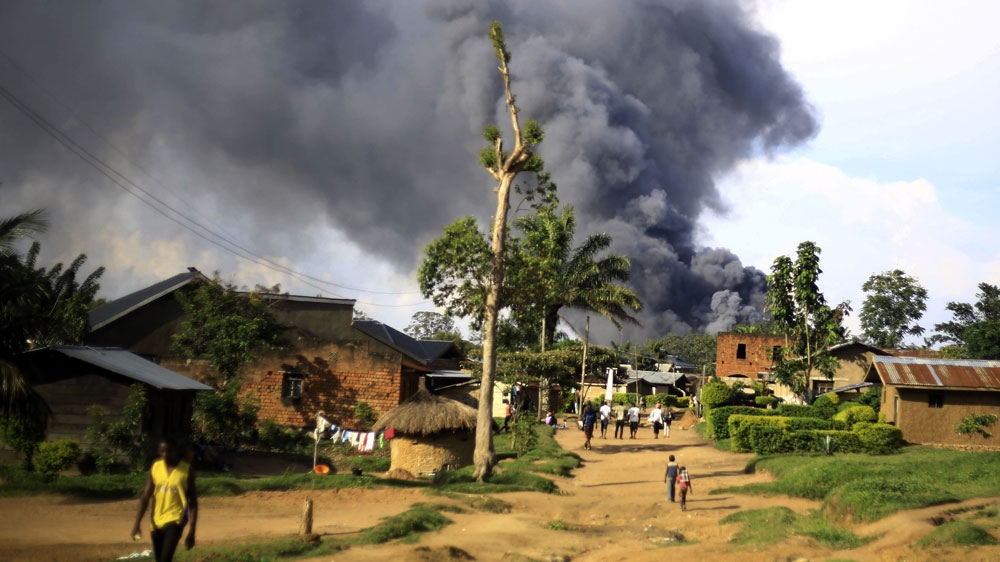 The DRC is not new to deadly attacks by armed groups. The country has also suffered through years of war and been ravaged by disease.

No group claimed responsibility for the latest raid on Beni but residents fear the attackers were from the ADF, a feared armed group that operates in DRC and neighbouring Uganda.

“Eastern DR Congo, particularly North Kivu, has deteriorated into the extreme-risk category of our subnational terrorism intensity index since 2018-Q1, a trend we expect to continue into 2020 – without severe intervention from a more developed security force,” Elis said.

The ADF began as an armed group opposed to Ugandan President Yoweri Museveni. It moved into eastern DRC in 1995 and appears to have halted attacks inside Uganda.

In the DRC, the ADF expanded by recruiti