GOP splinters on Trump’s impeachment as House set to rebuke the president yet again with just days left in the term. Impeachment vote comes after Pence rejects House resolution calling for him to invoke 25th Amendment.

As the House of Representatives is on the verge of impeaching President Trump for the second time, Republicans in both chambers of Congress are split on whether to support the effort in the tumultuous final days of the Trump presidency.

The House will start to debate the “rule” governing the parameters of the impeachment after 9 a.m. E.T. on Wednesday before taking two procedural votes. Then two hours of actual debate on impeachment will happen during the afternoon before a vote on impeachment, which will only need a simple majority.

The fissure goes from the top of Republican leadership ranks all the way down to the rank-and-file of the party’s lawmakers. And it represents an unraveling after the GOP remained largely united behind Trump for nearly his entire term, despite an impeachment, constant caustic tweets and policies that did not necessarily match Republican orthodoxy.

For the the 2nd time in 13 months, the House of Representatives pursues an article of impeachment against President Trump today on the floor

The split among the GOP also follows months of false claims by the president that he won the election before a rally last week at which Trump spoke, continuing to double down on the claims. After the president’s remarks, his supporters marched down Pennsylvania Avenue before ransacking the Capitol building and forcing hundreds of lawmakers and Vice President Mike Pence to go into hiding. 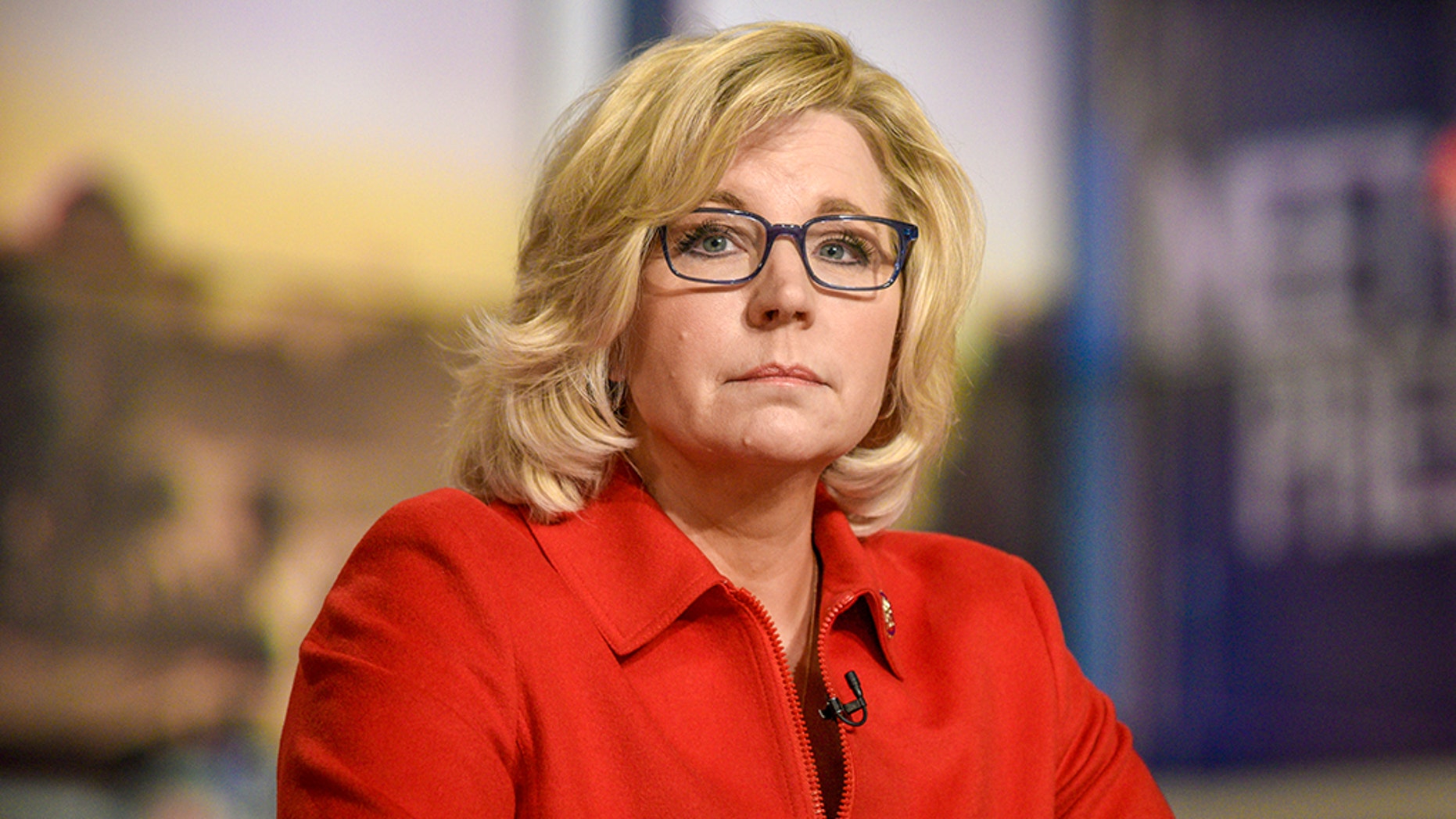 “On January 6, 2021 a violent mob attacked the United States Capitol to obstruct the process of our democracy and stop the counting of presidential electoral votes. This insurrection caused injury, death and destruction in the most sacred space in our Republic,” she said in a statement. “Much more will become clear in coming days and weeks, but what we know now is enough. The President of the United States summoned this mob, assembled the mob, and lit the flame of this attack. Everything that followed was his doing. None of this would have happened without the President.”

She added: “The President could have immediately and forcefully intervened to stop the violence. He did not. There has never been a greater betrayal by a President of the United States of his office and his oath to the Constitution. I will vote to impeach the president.”

The four other Republicans who have so far said they back impeachment are Reps. Fred Upton, R-Mich.; Adam Kinzinger, R-Ill.; Jaime Herrera Beutler, R-Wash.; and John Katko, R-N.Y.

“Today the President characterized his inflammatory rhetoric at last Wednesday’s rally as ‘totally appropriate,’ and he expressed no regrets for last week’s violent insurrection at the U.S. Capitol,” Upton said Tuesday. “This sends exactly the wrong signal to those of us who support the very core of our democratic principles and took a solemn oath to the Constitution… I fear this will now interfere with important legislative business… But it is time to say: Enough is enough.”

Upton continued to say, “The Congress must hold President Trump to account… Thus, I will vote to impeach.”

The final article of impeachment against the president accuses Trump of “incitement of insurrection.”

It says that the president “repeatedly issued false statements asserting that the Presidential election results were the product of widespread fraud and should not be accepted by the American people or certified by State or Federal officials” before holding a rally in D.C. where he “willfully made statements that, in context, encouraged—and foreseeably resulted in—lawless action at the Capitol.”

The article adds: “In all this, President Trump gravely endangered the security of the United States and its institutions of Government. He threatened the integrity of the democratic system, interfered with the peaceful transition of power, and imperiled a coequal branch of Government. He thereby betrayed his trust as President, to the manifest injury of the people of the United States.”

Most Republicans, however, are expected to vote against impeachment, including House Minority Leader Kevin McCarthy, R-Calif. In a letter to GOP colleagues this week, McCarthy said that impeaching the president would further divide the country.

“Personally, I continue to believe that an impeachment at this time would have the opposite effect of bringing our country together when we need to get America back on a path towards unity and civility,” he said before bringing up a handful of other options for the House to denounce Trump.

An aide familiar with McCarthy’s thinking said that among those options, McCarthy is specifically open to a censure resolution against the president.

But despite McCarthy’s opposition to impeachment, House Republican leadership is not expected to push its rank-and-file legislators to vote one way or another.

“This is a conscience vote for the members, I don’t believe it will be whipped,” a senior Republican aide told Fox News.

Others, however, have been more forceful in their opposition to impeachment. Rep. Matt Rosendale, R-Mont., on Monday called Democrats’ impeachment effort a “disgraceful episode of political theater” that would do “damage to the political fabric of our republic.”

Then Tuesday, Rosendale called for Cheney to resign her leadership position over her decision to vote for impeachment.

“When Representative Cheney came out for impeachment today, she failed to consult with the Conference, failed to abide by the spirit of the rules of the Republican Conference, and ignored the preferences of Republican voters,” he said. “She is weakening our conference at a key moment for personal political gain and is unfit to lead.  She must step down as Conference Chair.” 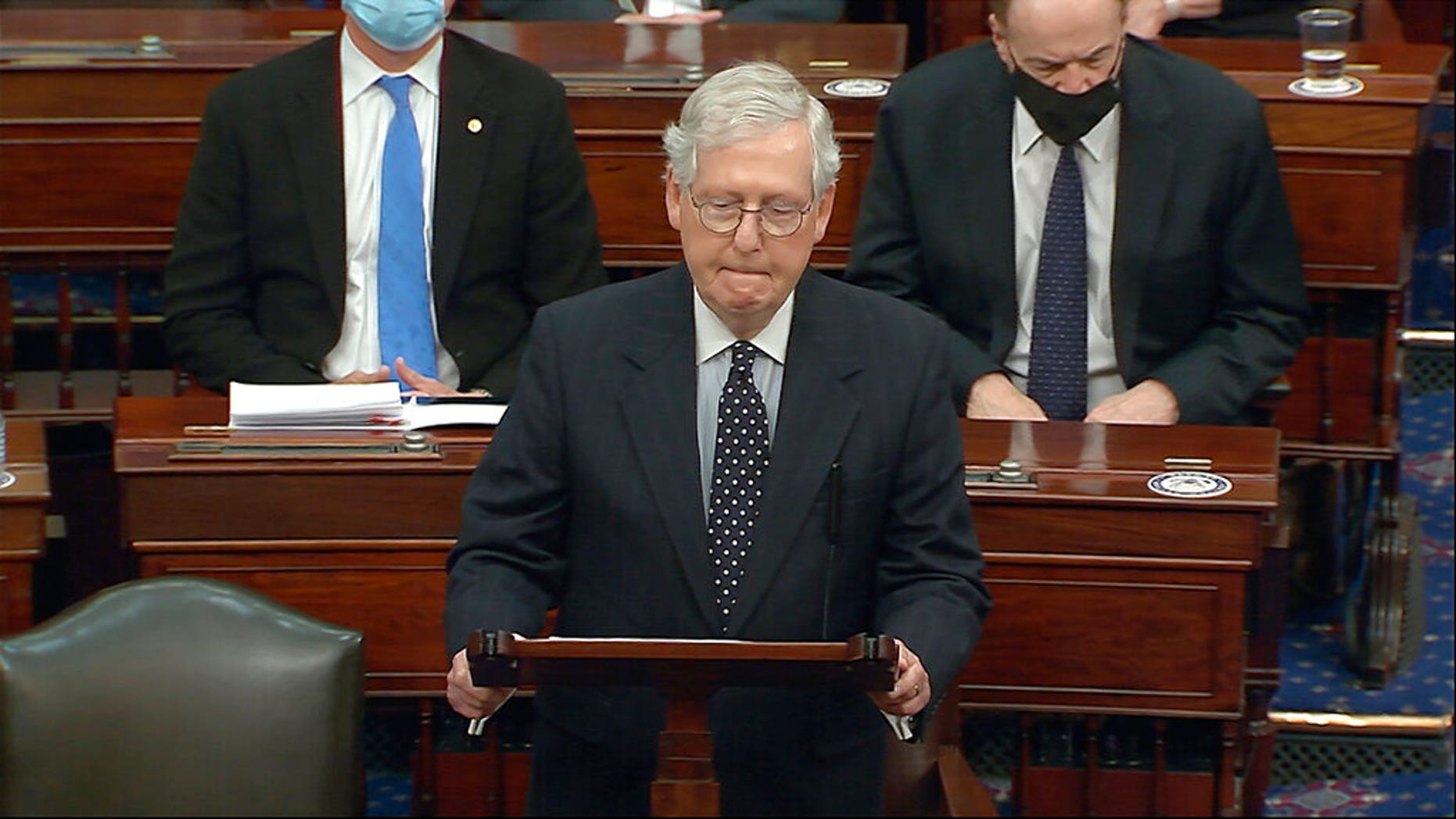 Meanwhile, on Tuesday, Pennsylvania GOP Rep. Brian Fitzpatrick and several other Republicans introduced a resolution to censure the president, a formal denunciation but not nearly as severe as an impeachment.

“President Trump’s attempts to undermine the outcome of the 2020 election have been unconscionable,” Fitzpatrick said. “The combination of a false information campaign coupled with inflammatory rhetoric led to the devastation that I was a personal witness to on the House Floor on January 6th. His actions threatened the integrity of our democracy, Congress, and his own Vice President.”

This is all to say nothing of the Senate, where Republicans for the past four years have generally been more suspicious of the president than in the House.

Fox News was told on Tuesday that Senate Majority Leader Mitch McConnell, R-Ky., who used Trump to stack the judiciary with staunch conservative judges while rarely pushing back against the president, is “done with Trump.” McConnell has shared with associates that he believes a second impeachment will help the GOP excise Trump and Trumpism from its fabric after the president leaves office.

He hasn’t indicated how he will vote in a prospective impeachment trial in the Senate. But sources say there is “no love lost there” between Trump and McConnell and that the Senate GOP leader’s anger is a result of both Trump’s actions before and during the storming of the Capitol and blame McConnell assigns to Trump for Republicans losing their Senate majority after electoral losses in Georgia last week.

Notably largely absent from the discussion, however, is the constant Twitter commentary by Trump. That’s because, after nearly four full years in office, the social media giant decided to pull the plug on the president’s account for his behavior during the storming of the Capitol.

“The impeachment hoax is a continuation of the greatest and most vicious witch hunt in the history of our country,” Trump said in remarks at the southern border Tuesday. “And it’s causing tremendous anger and division and pain far greater than most people will ever understand, which is very dangerous for the USA, especially at this very tender time.”

Democrats, predictably, are on board with impeaching the president without any reservations.

“The facts are very clear. The President called for this seditious attack. For days, he urged supporters to come to Washington for the insurrection. Wednesday morning he participated in a rally to encourage the rioters to march on the Capitol and fight,” House Speaker Nancy Pelosi, D-Calif., said in floor remarks Tuesday. “And, not only did he urge people to march on the Capitol and fight, he further fanned the flames and he and his family cheered and celebrated the desecration of the Capitol.”

It’s not clear when the Senate may begin its trial on the House article of impeachment, which is expected to pass in the afternoon Wednesday. It’s most likely the trial wouldn’t start until after President-elect Joe Biden takes office, although it could start as early as this week if McConnell and Senate Minority Chuck Schumer, D-N.Y., call senators back to town.

A senior Democratic aide told Fox News that Schumer is exploring whether a 2004 resolution that allows the two party leaders in the Senate to bring the upper chamber back during an emergency without unanimous consent could be used to jump-start a trial — he would only have to convince McConnell, not the entire Republican caucus.

And with a two-thirds vote needed to convict the president, the Senate would only need about a third of the Republican senators to vote against the president to convict him. Trump does not need to be the sitting president for the Senate to hold an impeachment trial, though it is unclear whether Chief Justice Roberts would need to preside over that trial as he did in last year’s affair.

Then, after a potential conviction, some constitutional scholars have argued the Senate could hold a simple majority vote to bar Trump from holding office in the future — potentially clearing the field for other Republicans to run for president in 2024 and removing Trump, at least to the extent possible for someone who has no inclination to go away quietly, from the GOP’s future. It’s unclear, at this time, whether the Senate would pursue this.