A man in China may be the world’s first human to be infected with H10N3 strain of bird flu. What we know.

Scores of migrants who swam through rough Atlantic Ocean waters to safety from a capsized boat while 58 others drowned were receiving care Thursday in Mauritania after one of the deadliest disasters this year among people making the perilous journey to Europe.

The boat that left Gambia a week ago had been carrying at least 150 people, including women and children. It was headed toward Spain’s Canary Islands when it tried to approach the Mauritanian coast to get fuel and food, Laura Lungarotti, chief of mission in the West African nation with the U.N. migration agency, told The Associated Press.

“Many drowned. The ones who survived swam up to the Mauritanian coast close to the city of Nouadhibou,” she said. “The Mauritanian authorities are very efficiently coordinating the response with the agencies currently present” in the northern city. 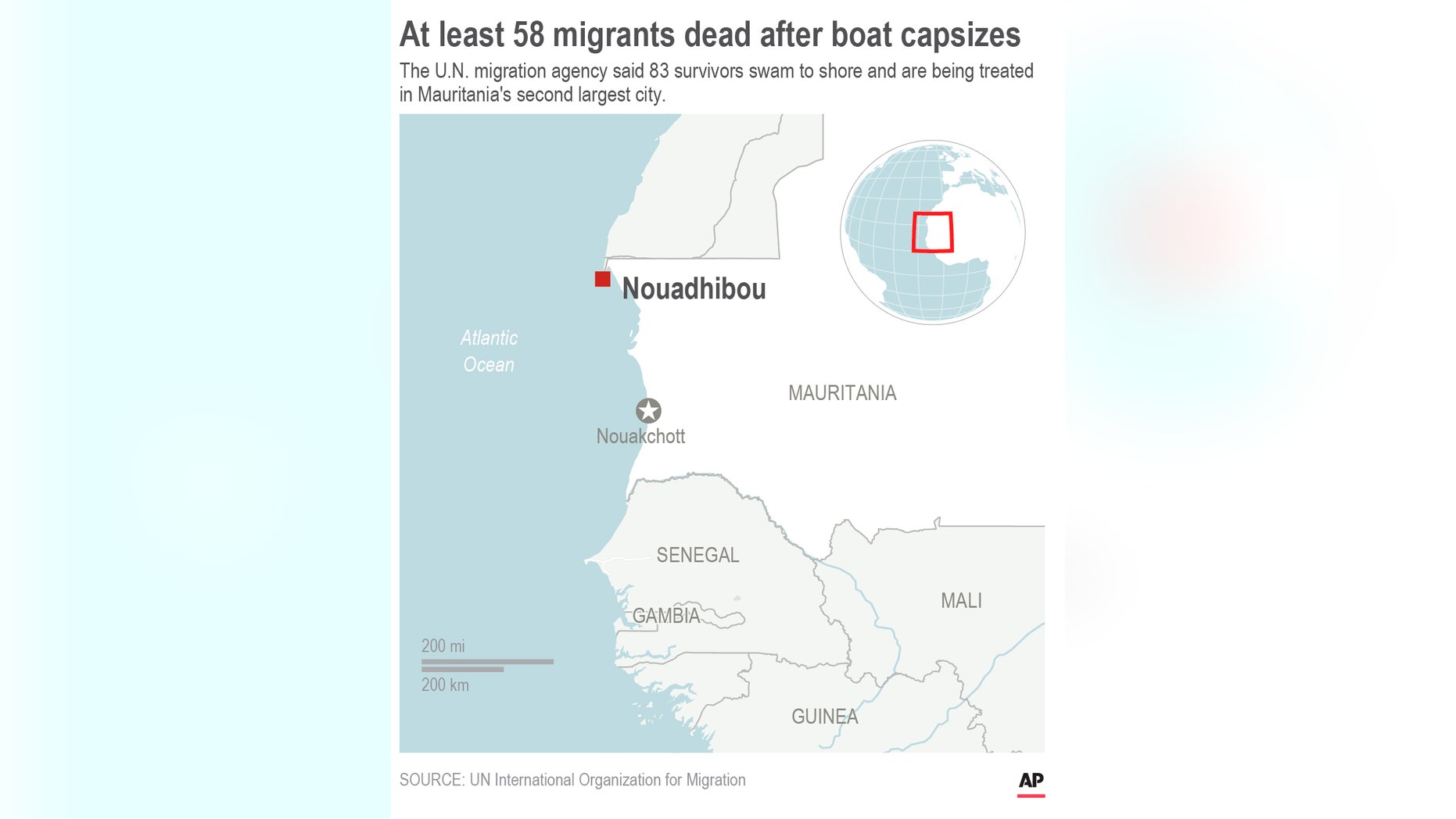 Local authorities continued to search for an unknown number of missing people.

The survivors were receiving care in accordance with “human solidarity, fraternity, and African hospitality,” the minister’s statement said. It said the boat held as many as 180 people, most of them aged 20 to 30.

Mauritania will open an investigation into those responsible for “this drama” including possible trafficking networks, the statement said.

While thousands once died off Mauritania’s coast in attempts to reach the Canary Islands between 2005 and 2010, that later calmed, the statement said. But in recent months authorities have detained boats mostly carrying hundreds of migrants from Senegal, which neighbors Gambia, it said.

Survivors said the boat that capsized had left Gambia on Nov. 27.

There was no immediate statement from authorities in Gambia, where tens of thousands of people have set off in hopes of reaching Europe in recent years. Despite the country’s small size, more than 35,000 Gambians arrived in Europe between 2014 and 2018, according to the U.N. migration agency.

A 22-year oppressive rule by former President Yahya Jammeh severely affected the country’s economy, especially for youth, and contributed greatly to the exodus. Since Jammeh fled into exile in January 2017 after a surprise election loss, European countries have been pushing to return asylum seekers.

But Gambia’s economy still suffers. The coastal nation was shaken earlier this year by the collapse of British travel company Thomas Cook. At the time, Gambia’s tourism minister said the government convened an emergency meeting on the collapse, while some Gambians said the shutdown could have a devastating impact on tourism, which contributes more than 30% of the country’s GDP.