President Biden has been in office for 50 days, but he has yet to schedule a formal press conference.

Biden, since taking office, has signed dozens of executive orders and actions and is ramping up to sign the second-largest stimulus package in U.S. history, the $1.9 trillion American Rescue Plan.

While the president has taken questions from time to time from reporters during White House events about his administration’s early actions, the White House has not yet scheduled a time for him to do so in a formal setting. 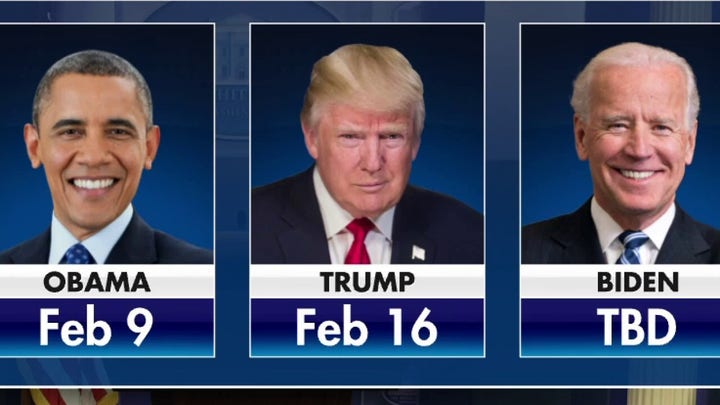 “It is extraordinary, but predictable,” former Trump White House press secretary and Fox News analyst Kayleigh McEnany said. “I remember I warned reporters, in a joking way, when it was clear Biden was the incoming president, they should get used to the feeling of not seeing a president regularly.”

McEnany recalled a period after the election when the former president kept away from the media after it became clear he had been defeated.

“Trump was absent and it was shell shock,” McEnany said, recalling reporters asking when they would next see Trump. “The media got so used to access and regular access and press conferences.”

McEnany pointed to Biden’s time on the campaign trail, noting that he wasn’t regularly accessible to the press.

“If history was any indicator, the basement strategy would continue, just not in the basement, in the Oval,” McEnany said. “He promised to be transparent but he’s been anything but that.”

But McEnany said she felt the lack of press conferences was due to a “lack of confidence” in the president from his administration.

“I think there is a lack of confidence from the staff,” she said. “The staff knows that hiding him away worked on the campaign trail and will work for his presidency as well.”

She added: “I don’t think his staff sees the free-wheeling briefing room back-and-forth as the ideal communications model for President Biden.”

White House press secretary Jen Psaki, who holds daily briefings for reporters, was asked Monday whether the president would ever hold a press conference. She responded by saying he would do so before the end of March.

Psaki, instead of committing to a specific date, highlighted roughly 40 times the president has answered shouted questions from reporters.

“I don’t know that you’ll see him more than 40 times a month,” Psaki said.

“The president takes questions several times a week. He took questions actually twice yesterday,” Psaki said Monday. ‘’We look forward to holding a full press conference. We’re working on setting a final date for that and as soon as we do we will let you all know.”

“This president came in during a historic crisis,” Psaki added. “I think the American people understand that his focus energy and attention has been on ensuring we secure enough vaccines… and pushing for an American rescue plan.”

But McEnany said the coronavirus pandemic was being used as “an excuse.”

“Part of your responsibility during a pandemic is communicating with the American people,” McEnany said of Biden. “They want to hear from who they voted for. The press secretary briefings are not enough.”

The media world has also been questioning when Biden will face reporters in a formal setting.

Biden has not yet addressed a joint session of Congress either, another early-term priority in most administrations. Typically, presidents give their first speech before Congress in February.

“It’s not a snubbing,” Psaki promised reporters when asked about Biden not yet addressing legislators.

“We are in the middle of a global pandemic,” she said. “We intend on the president delivering a joint session… but we don’t have a date for that.”

Psaki, last week, also said the president would address a joint session of Congress after he signs the American Rescue Plan — which the House passed Wednesday.

Meanwhile, Biden is set to deliver his first primetime address as president on Thursday to commemorate the one-year anniversary of the COVID-19 shutdowns.

The World Health Organization declared the novel coronavirus a pandemic on March 11, 2020.

“The president will deliver his first primetime address to commemorate the one-year anniversary of the COVID-19 shutdown on Thursday,” Psaki said. “He will discuss the many sacrifices the American people have made over the last year, and the grave loss communities and families across the country have suffered.”

Psaki said the president “will look forward, highlighting the role that Americans will play in beating the virus and moving the country toward getting back to normal.

Biden’s address Thursday will be his first major address since Inauguration Day.