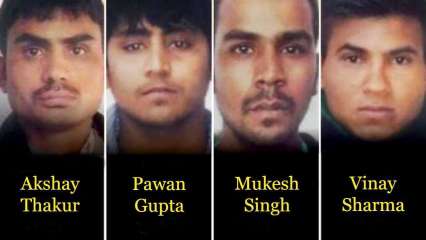 A Delhi Court on Thursday sought an Action Taken Report (ATR) from the Mandoli jail authorities by April 8 after one of the Nirbhaya convicts, Pawan Gupta filed an application seeking registration of FIR against 2 police personnel for allegedly thrashing him & causing a severe head injury.

Metropolitan Magistrate Priyank Nayak stated that the order will not have any bearing on the hanging of the rapists.

“This order will have no bearing on the other matter. Hanging will not be stayed because of this,” the judge said.

He also alleged in the application that the police personnel threatened “to kill him slowly.”

Pawan and three other convicts who gang-raped and murdered the 23-year old paramedic ‘Nirbhaya’ in 2012 will be hanged on March 20 at 5:30 AM, Delhi’s Patiala House Court announced on March 5.

This the fourth death warrant that has been issued for the execution of the rapists.

The order came a day after President Ram Nath Kovind rejected the mercy petition of Pawan Gupta. With the rejection, all the legal remedies available to them have been exhausted.

Their execution order was stayed three times. The most recent date set for their hanging was March 3.