Six out of the 11 local assemblies in the Upper West region on Thursday failed to elect their presiding members, pursuant to the Local Government Act (2016).

Assembly members in the Wa and Jirapa municipalities as well as those in the Daffiama Busie Issa, Nadowli-Kaleo, Lambusie, and Wa West districts could not settle on any of the presiding members (PM) aspirants with a two-third majority as required by the Act after two rounds of voting.

Whereas all the 11 Municipal and District assemblies in the region were inaugurated, voting for the election of presiding members in the six assemblies has been adjourned until the next ten days when sitting is expected to resume.

Assembly members in the Wa East District assembly, however, pulled a surprise by electing their PMs in the first round of voting; the first since the creation of the assembly in 2004.

The Nandom, Lawra, Sissala East and West Assemblies also managed to elect their respective presiding members without any major hindrances.

Interior Minister, Ambrose Dery, Minister of State in charge of Agriculture Nura Gyiele, Upper West regional minister Dr. Hafiz Bin Salih and his deputy Amidu Issahaaaku Chinnia represented the president at the inauguration of the assemblies in the region. 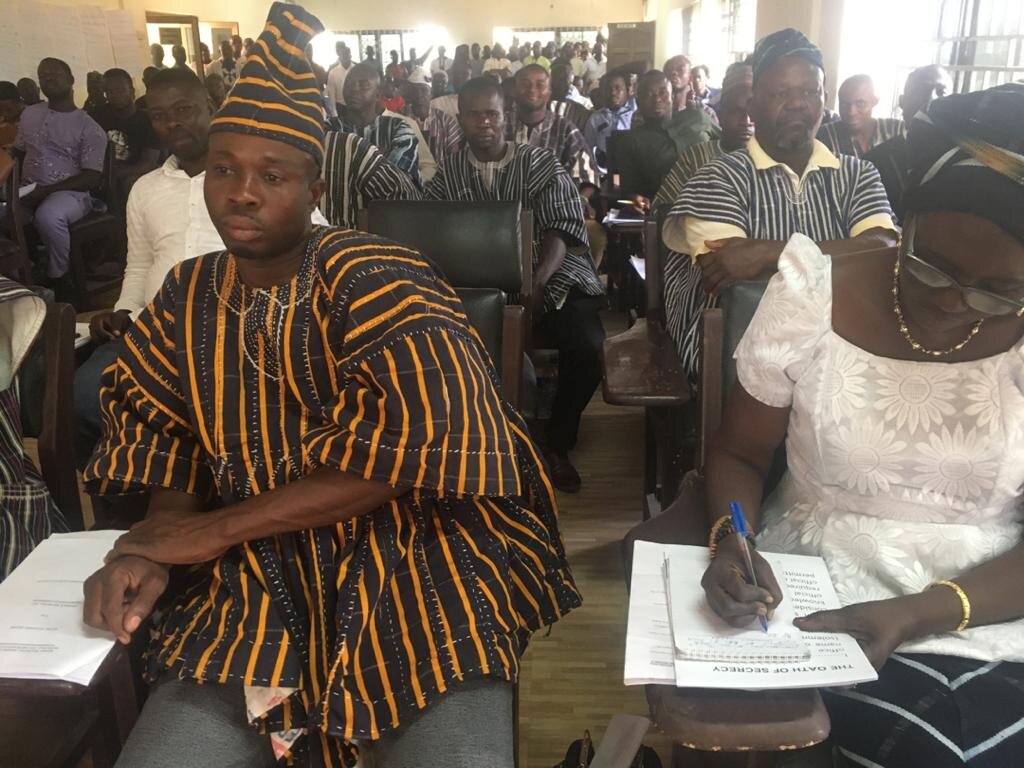 Addressing Assembly Members at the Sissala Municipal Assembly conference hall at Tumu, Mr. Ambrose Dery charged them to work with the Assembly to ensure compliance with building rules and regulations on the zoning of lands and to ensure that lands are developed according to approved plans and designated land use.

He said “the major challenge is the unplanned and haphazard development currently going on in most assemblies. Slums being developed in marshy areas, houses built on waterways, have become a phenomenon with serious implications to national development and public safety. “

Prof. Nura Gyiele who witnessed the Wa East district assembly inauguration at Funsi called on the assembly members to support the government to bring the needed development to their people.

He said, “as I inaugurate this assembly to commence its four-year tenure, be remanded of the fact that Assemblies are a critical part of the government and have a role to play in ensuring that government delivers on its promises to Ghanaians.”

“I charge you to advance the implementation of government programmes such as the Planting for Food and Jobs, Free Senior High School, One Village One Dam, and many others”.

How to Use a Butterfly Knife: A Guide for Beginners

How to Create an Effective Global Business Strategy

Building Passive Income: How to Start Investing in Vacation Rentals

House OKs $1.9T coronavirus bill — with 2 Democrats voting against it