Tis the season for deals, deals, deals, more deals, and just in case you missed some deals, even more deals on top of those. Google’s newly purchased company, Fitbit, is having a sale of its own on several of its fitness trackers and smartwatches, bringing most products down to their lowest prices yet.

The discounts average around 30% on all wearables, so no matter what style you’re interested in — whether a thin tracker band or a large smartwatch — you should find something to suit you.

If I were in the market for an affordable wearable, I’d definitely go for the $70 Inspire HR. I got it at full price a few months ago and really enjoy all its tracking abilities (including barebones swimming tracking), notifications, and slim profile. The $100 Charge 3 offers a larger screen and stairs (elevation) tracking, while both Versas are decent options if you’re looking for some basic smartwatch abilities with your tracker.

The discounts should last until December 2. Be sure to check our roundup for more Black Friday deals. 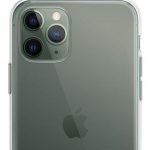