The much-anticipated comedy show by Ghanaian comedian OB Amponsah, Political Refugee, will held on Saturday, January 18, 2020 at the Snap Cinema inside the Accra Metropolitan Assembly.

This comes after he had suffered backlash from some people for making a political joke about ‘Mahama’, is back in his element.

According to him, this show “is basically about me sharing my pain about the stuff I went through when I tried telling a political joke. It’s me laughing at my pain.”

OB recently thrilled patrons at Citi FM’s Decemba 2 Rememba with lung-splitting jokes that got him a lot of positive reviews.

The low moment, however, was when he made a joke about the meaning of the name Mahama – equating it to corruption. Even though he quickly issued a disclaimer that it was a joke, some people (especially members of the NDC) took offence.

After the show, he received a lot of flak for that joke. He consequently issued an apology.

He recounts that he even got threats from people who felt offended by the joke.

OB Amponsah, a trained optometrist, has had a successful comedy career after performing at shows like Night of Laughs, Easter Comedy Show, Lords of the Ribs, among others.

He wishes to tour Africa this year with his craft and gain international recognition soon. 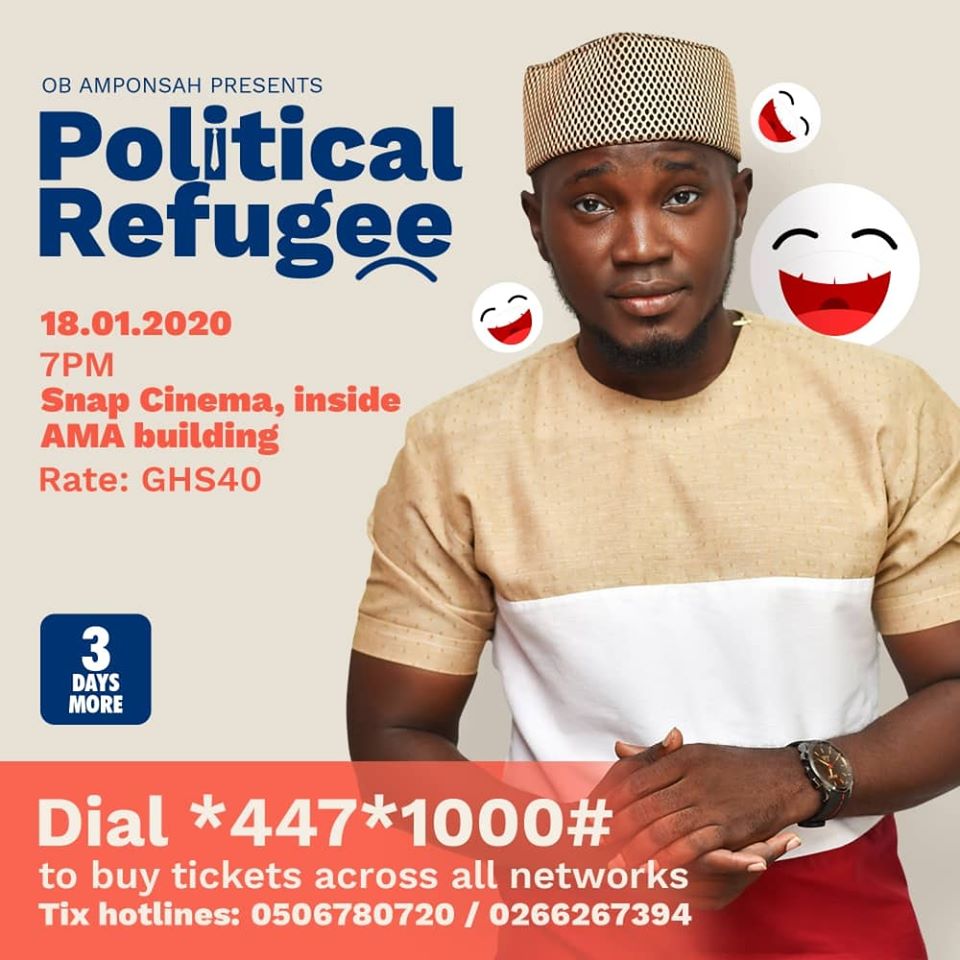