In the wake of a number of Congress MLAs resigning from the Madhya Pradesh Legislative Assembly following the resignation of senior leader Jyotiraditya Scindia, the Kamal Nath-led state government is under a crisis and facing the threat of collapse. In such a backdrop, Congress insiders have hinted that even more resignations are to follow soon.

Congress MLA Bisahulal Sahu, who tendered his resignation from the state assembly and joined the BJP on Tuesday, said that more Congress MLAs are to quit the grand old party soon and join the saffron camp as the leaders are reportedly “unhappy” with the Kamal Nath-led party leadership. 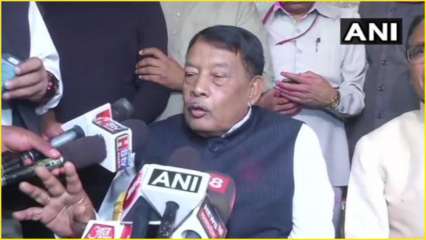 In the presence of veteran BJP leader and former Madhya Pradesh Chief Minister Shivraj Singh Chouhan, Congress’ Bisahulal Sahu said, “I have resigned from the Congress as well as from the membership of the state assembly. I have joined BJP. Most of the Congress MLAs will resign from the party in the coming days as they are unhappy with the functioning of the Kamal Nath government.”

Sahu was one of the 20 Madhya Pradesh Congress MLAs, which includes six state ministers, who tendered their resignations from the assembly on Tuesday following the resignation of senior leader Jyotiraditya Scindia from the Congress. Scindia had earlier met Prime Minister Narendra Modi and Union Home Minister Amit Shah.

Congress has been facing a serious rift in the wake of government formation in the state. The rift has been largely a result of reported infighting between the Kamal Nath camp and the Scindia camp.