In August 2011, Uri Rafaeli bought a three-bedroom, 1,500-square-foot home in the Detroit suburb of Southfield, Mich., for $60,000. He converted the fixer-upper into a rental property.

Two-and-a-half years later – and at the time unbeknownst to the retired engineer – Oakland County seized his property, put it up for auction and sold the house for $24,500. All this, after a mistake in calculating his property taxes left Rafaeli’s account delinquent by just $8.41. Oakland County ended up keeping all of the $24,500 from the sale, while Rafaeli, now 83, was left without the home and the income he made from renting it.

‘You have a situation where a person owed $8 and lost their house. I mean, how is that equitable?’

Rafaeli’s stunning case, which is at the heart of a legal battle currently being considered before Michigan’s Supreme Court, is an extreme example. Yet it is hardly unique: more than 100,000 homeowners in the state have fallen victim to an aggressive property tax law that legislators in Lansing passed two decades ago. Similar statutes have been passed in more than a dozen other states.

‘You have a situation where a person owed $8 and lost their house. I mean, how is that equitable?’

Act 123 of 1999 was meant to speed up the redevelopment of blighted properties amid Michigan’s economic woes, but critics of the statute say it has allowed county officials to act as debt collectors and line their coffers by retaining the excess revenue made by selling houses with unpaid property taxes — no matter how paltry the debt.

When the government takes property to settle a debt, they have to give the extra money they make back to you,” Christina Martin, a lawyer with the Pacific Legal Foundation who is representing Rafaeli in his case against Oakland County, told Fox News. “It doesn’t matter what law Michigan passes, they have the constitutional obligation to pay back any more than they are owed.”

In a recent op-ed for The Detroit News, Rafaeli said he was “shocked and angry” over the county’s actions.

“Soon I would learn that while I had signed up for a piece of the American Dream with my investment, I was entering a bureaucratic nightmare — all thanks to Michigan’s Draconian tax forfeiture laws, which I’m now challenging in court,” he wrote.

At the core of Martin’s argument is a clause in the Fifth Amendment, which states that the government cannot take a citizen’s private property for public use, “without just compensation.” In the case before the Michigan Supreme Court, Martin argued that Oakland County has violated both the state and U.S. constitutions under the Takings Clause by seizing and selling Rafaeli’s property and then failing to recoup him any of the money made from the sale. 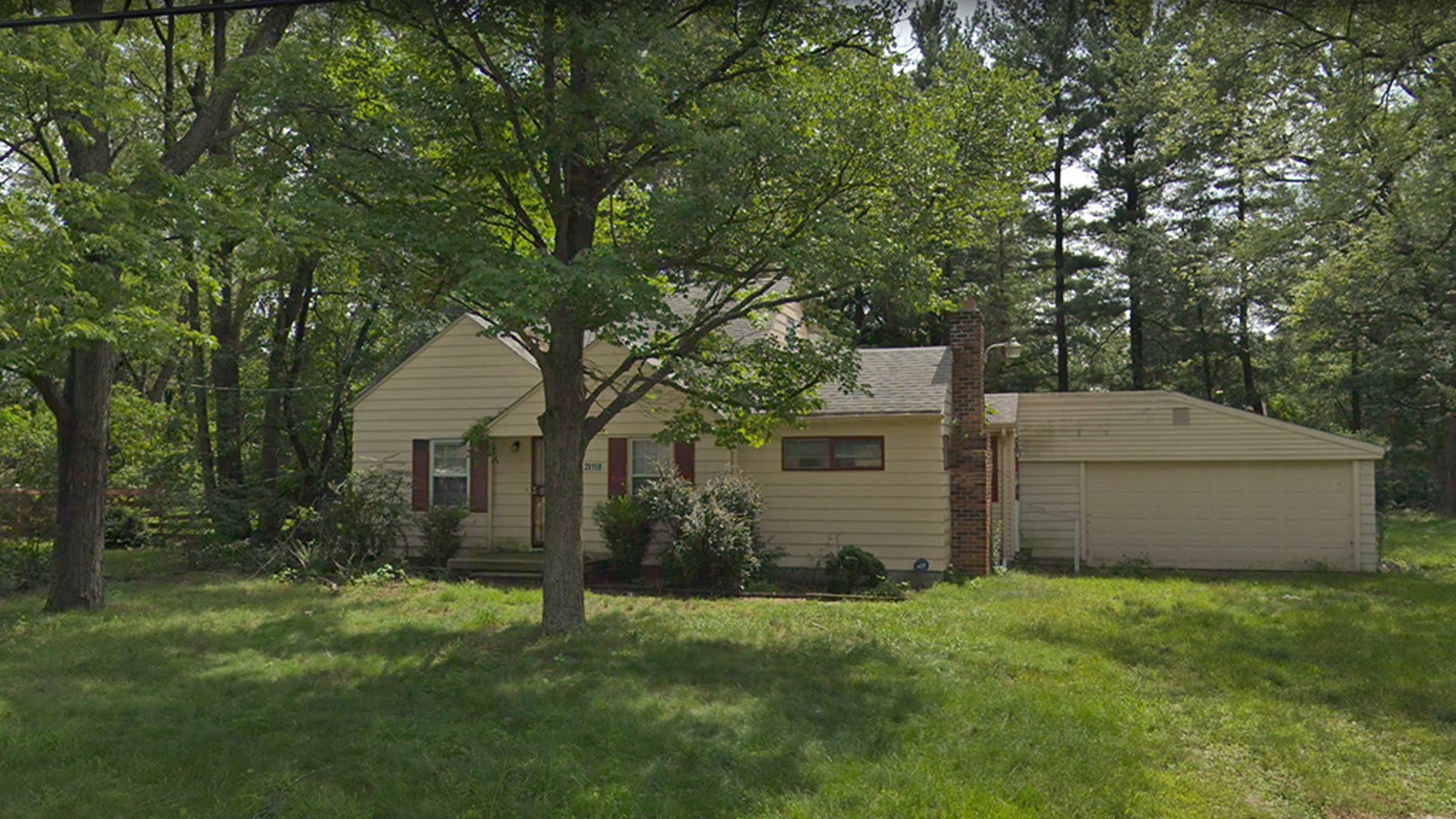 Martin added that even if the county had paid Rafaeli the extra $24, 491.59 that it made from the sale of his property, that money still pales in comparison to what the retired engineer really lost given that he paid $60,000 for the house, pumped thousands more into fixing it up and has lost years of rent he could have collected were the property still in his possession.

Property values in Southfield have also skyrocketed since Rafaeli bought the home in 2011 for $60,000, with estimates currently valuing the house at more than double what he paid.

“The money the county made falls far short for Mr. Rafaeli,” Martin said. “In Mr. Rafaeli’s case, he should get much more than that.”

Rafaeli’s tax woes started about a year after he purchased the house in Southfield when he was notified that he had underpaid his 2011 property taxes by $496. In the meantime, he had continued making the following property tax payment on time, and in January 2013 he attempted to settle the outstanding debt he had with Oakland County.

But due to a mistake he made in calculating his interest, he was short of paying off his balance by $8.41. The bill eventually grew to $285 with penalties and interest.

The Oakland County Treasurer’s Office attempted to collect the debt a number of times – sending mailed notifications to both the property in Southfield and to an address it had for Rafaeli in Michigan. But Rafaeli had by that time moved out of state, and his tenants in Southfield did not forward the notices.

In February 2014, the property was eventually seized by the county and was one of 11,000 homes put up for auction.

Rafaeli, however, was unaware that his property was no longer his property and continued to pay property taxes even after it was seized, his lawyers said. He only became aware that something was amiss when he stopped receiving rent payments from his tenants – who no longer resided at the seized home.

“You shouldn’t have to rely on the mercy of a tax collector to have your constitutional rights protected,” Martin said. “No amount of mail should allow the government to steal your property.”

After discovering that his property had been seized and sold, Rafaeli and his family hired local lawyers to help him regain either his house or his money.

These efforts, however, proved fruitless as his case – in which his lawyers argued that his due process rights had been violated – was first dismissed by the Oakland County Court and later the Michigan Court of Appeals ruled against him, citing the state’s civil forfeiture laws.

It was here that Martin and the Pacific Legal Foundation stepped in to help – petitioning the Michigan Supreme Court. The state’s high court granted Rafaeli’s case a review after Martin argued that his constitutional rights were violated under the Takings Clause.

The Oakland County Treasurer’s Office declined Fox News’ request for comment, but in a written brief to the court, the county’s lawyers argue that “by failing to pay back taxes and failing to redeem the property before auction, the taxpayer no longer possesses an interest for the government to ‘take.’” The brief also noted that Rafaeli was given “numerous notice provisions and opportunities” to pay his balance.

William Horton and John Bursch, the county’s attorneys, contested Martin’s assertion that the county’s actions violated the Takings Clause – saying in the brief that “tax collections are not the taking of private property for public use in the constitutional sense” and that Martin’s argument is similar to ones previously shot down by courts across the country.

“This is hardly the first time that a delinquent taxpayer has brought a claim to recover the ‘surplus’ proceeds in a tax sale,” the lawyers said.

In court last week, Bursch argued that a ruling in favor of Rafaeli would set a precedent that could ultimately bankrupt Michigan counties by forcing local governments to compensate all homeowners in similar situations. He estimated it would cost around $2 billion.

Michigan Supreme Court Justice Richard Bernstein did not appear to agree with the county lawyer’s assessment of the situation.

“The interpretation you gave was very dramatic: that this is going to end schools, and the counties are going to crumble, and society is just going to implode,” Bernstein said. “You have a situation where a person owed $8 and lost their house. I mean, how is that equitable?”

Rafaeli’s case will be decided sometime before the end of July 2020.

Martin hopes that a ruling in favor of Rafaeli will not just be a victory for the 83-year-old retiree, but will set a precedent in Michigan and across the nation — possibly leading to a ruling by the U.S.  Supreme Court on a similar case in the future.

There are 14 other states in the U.S. that have statutes on the books similar to Michigan, and five of those states – Arizona, Colorado, Illinois, Massachusetts and Nebraska – allow private investors to make money off the sale of foreclosed homes.

“The government should not be making a windfall … when collecting unpaid taxes,” she said. “This is a practice that needs to come to an end.”