Net Worth of Anthony Joshua in 2020

The Criminal Division of the Accra High Court presided over by Justice Clemence Honyenugah has dismissed a preliminary objection barring him from hearing an application against himself for a political comment he made in public.

According to the judge, the applicant filed the motion before him and petitioned the CJ and that the said comment was made outside the matter before the court and nowhere did the applicant mention that the judge has been biased. 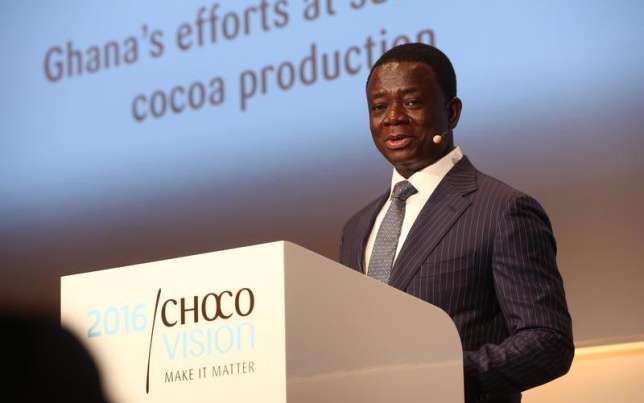 The dismissal of the preliminary objection has paved way for the court to hear the motion for recusal which is currently underway.

Lawyers of Dr Stephen Kwabena Opuni and Siedu Agongo, who are standing trial for alleged COCOBOD infractions have filed a motion to bar the judge from sitting on the case following a political comment he made.

But before the motion could be moved, lawyers of Dr Opuni led by Samuel Codjoe raised preliminary issues against the judge sitting on the case.

In his preliminary concerns, Samuel Codjoe, lawyer for Dr Opuni argued that when an application is made against a judge, he should not hear the case asking the judge to recuse himslef.

He argued that “the principle, in that case, is that once an allegation has been made against the judge, it was necessary that the judge will refer the motion to the Chief Justice for it to be assigned to another judge to hear the application for recusal.

“If that is not done, then My Lord will be sitting on a case which includes yourself. Indeed in the Sala vs Attorney General, the judges whom the allegations were made against did not sit on the hearing of that application but swore an affidavit,” he reminded.

Lawyer Codjoe added that “In so far as in this case you are a party in which we are making this allegation, you cannot determine it because if you sit on it you will breach the rule of natural justice.”

Mrs Evelyn Keelson, Chief State Attorney while opposing the motion said the comment was made outside the jurisdiction of the court.

She said the judge was only being accused of a comment he made not in respect of the case before the court and therefore he could hear the application for recusal.

She argued firther that it was “a non judicial comment, that was not the situation in exparte Awusi case where a judge was accused to have expressed view that form an opinion on a matter.”

“My Lord as stated clearly, these comments are simply non-judicial comment and nothing was so ever said by your Lordship on the matter before this court.

“These are mere allegations of comments outside the exercise of Your Lordship jurisdiction in this matter, that is the criminal matter before this court.

She added that “It cannot, therefore, be said that your lordship would be confronted with an opinion he has expressed on this matter, that is not the situation at all.

Rounding up her argument she said, “the point I’m making is that, it is not every allegation which is made against a sitting judge that should require a sitting judge to recuse himself even from hearing the application.

“There is no rule of law that stops my Lord from hearing this matter and I urge my Lord to exercise your discretion to hear the application which is before you”.

Lawyer Codjoe contrary to claims by the Chief State Attorney that there is no automatic law that bars the judge from hearing this motion said, “there is a rule of law, which automatically bars your lordship from hearing this particular application.”