Paul Merson believes Chelsea defender could incur the wrath of Chelsea fans for leaving the Club.

Day Two of the impeachment inquiry against President Trump kicked off with former U.S. Ambassador to Ukraine Marie Yovanovitch telling the House Intelligence Committee of a concerted “smear” campaign against her by Trump’s personal attorney Rudy Giuliani.

“These events should concern everyone in this room,” the career diplomat testified in opening remarks. “Shady interests the world over have learned how little it takes to remove an American ambassador who does not give them what they want.”

“Giuliani also promoted a debunked conspiracy that it was Ukraine, not Russia, that hacked the 2016 U.S. Election,” Schiff continued. “Giuliani believed this conspiracy theory, referred to as CrowdStrike … would aid his client’s re-election.”

Acting U.S. Ambassador to Ukraine William Taylor also described to congressional leaders an “irregular channel” in which Ukraine policy was delegated to Giuliani, and the ambassador to the European Union, for the purpose of advancing the president’s personal and political interests. 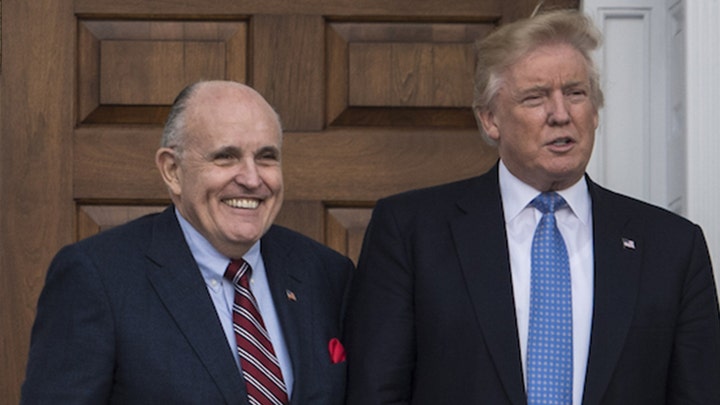 Giuliani recently came under fire for his connection to a firm co-founded by Ukrainian-American exec Lev Parnas, who has since been indicted by federal authorities.

Parnas, who co-founded Fraud Guarantee, and Igor Fruman were arrested in October for allegedly making political donations through a limited liability company, officials said at the time.

Giuliani told Reuters soon after the arrests that Fraud Guarantee had paid him $500,000 for his expertise.

In an interview Thursday, Giuliani joked he has health insurance if Trump were to “throw him under the bus.”

Giuliani jokes he has "very good" health insurance if Trump throws him "under the bus" https://t.co/NU3evJzUGy pic.twitter.com/D45NgEM9B1

The man once heralded as “America’s Mayor” returned to the public arena in 2018 as Trump’s personal attorney, which he claims he does for free, recent divorce proceedings show.

But the former federal prosecutor doesn’t necessarily need the money.

“Respectfully, at age 74 if he chooses to work without compensation for the President rather than [stay] at a private law firm, I submit that he should be entitled to do so,” Giuliani’s attorney Faith Miller argued in court in 2018, over the divorce of his third wife, Judith Nathan. Miller added, “He’s still going to realize a salary of $5 to $6 million.” 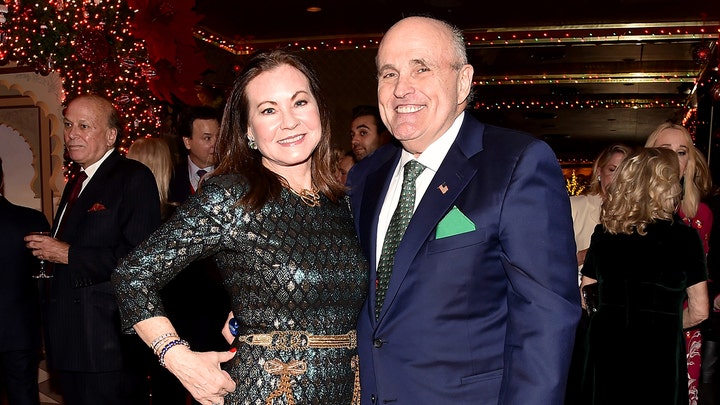 A 2018 report by New York Magazine showed Giuliani was worth an estimated $45 million and that he earned $9.5 million in 2017 and $7.9 million the year before, according to the Daily Beast.

The Brooklyn native allegedly spent $7,000 on pens and $12,000 on cigars over a five-month period, Nathan’s divorce attorney said in November 2018. The couple reportedly spent approximately $230,000 in personal expenses monthly.

He and Nathan reportedly had $30 million in assets, including a $5 million joint bank account, the New York Post reported.

A key sticking point in their contested divorce was properties in the Hamptons, Palm Beach and Manhattan and country club memberships.

In February 2018, the Brazilian state of Amazonas paid Giuliani Security & Safety $1.6 million in a deal that is now reportedly under investigation, a representative told Bloomberg Businessweek.

His company, Giuliani Security and Safety, landed a contract in 2015 for $295,000 to assist police in the Colombian city of Medellin, according to the outlet.

Giuliani was featured in Kiplinger’s “Political Portfolios” in January 2008, which described how the longtime attorney made some of his money working with conservative parties and “security and legal firms.”

His net worth was revealed in a 2007 financial disclosure filed when he was in the running for the Republican presidential nomination. The filings suggest a wide estimated range of assets worth between $18.1 million and $70.4 million. 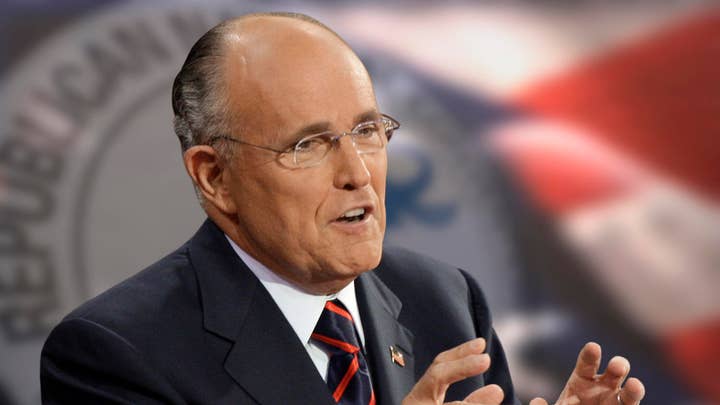 The profile cited a Federal Election Commission report stating his income in 2007 as $16.8 million, outside of book royalties, personal investments and work with the law firm Bracewell & Giuliani.

He made roughly $4.1 million from the companies in 2006, Kiplinger’s reported.

Giuliani also reportedly made $30 million in 2004 when tech entrepreneur Hank Asher sold his database company Seisint Inc. to LexisNexis for $775 million in 2004, according to Wired. Prior to the acquisition, Giuliani Partners had been representing the company, in turn making “$2 million a year, plus a percentage of revenue from company sales to government and corporate buyers.”

He entered the private sector in 2002 scoring lucrative contracts with clients nationwide and globally with Mexico City forking over $4.3 million for law enforcement consulting, according to the Bloomberg Businessweek report. 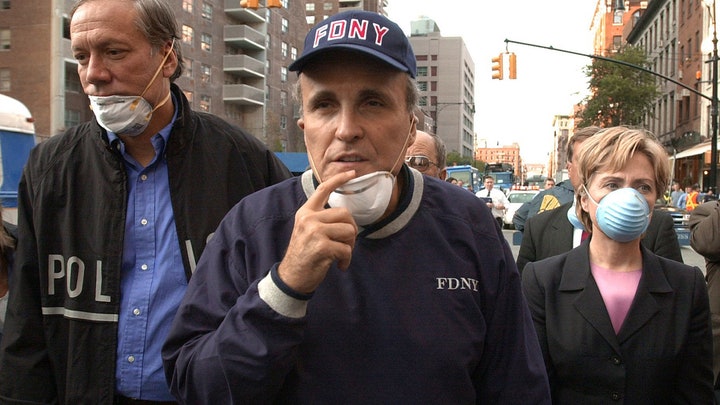 The longtime Republican made a reported $195,000 a year as mayor until he left office in 2001. Giuliani was beloved on the local and national stage after seeing New York through the 9/11 attacks.

Giuliani – who was named Time’s “Person of the Year” in 2001 – went through a previous messy and very public divorce as mayor with his second wife, Donna Hanover.

During the divorce proceedings, his attorney claimed Giuliani was worth $7,000 in early 2001, the outlet further stated. He did, however, have a $3 million book deal at the time. 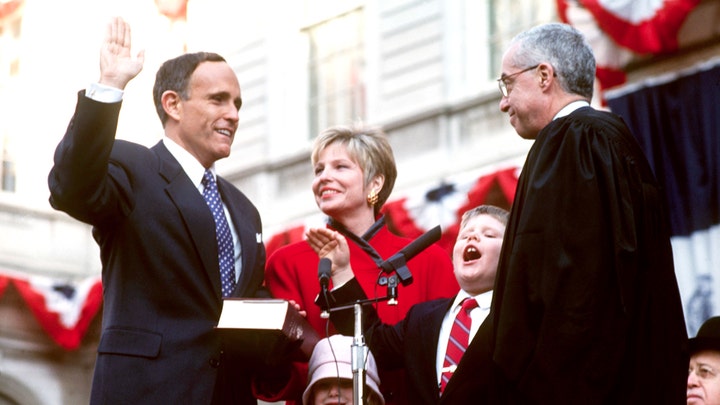 Giuliani’s son Andrew, who stole the show during his father’s 1994 swearing-in ceremony, was hired by the Trump White House in 2017.