The Auditor-General has, in a “disturbing” report, slammed the GETFUND for “unlawfully” dishing out more than $4.7m in scholarships to persons who are anything but needy students.

The report listed some 86 beneficiaries which included “Members of Parliament, politicians, media practitioners, lecturers, heads of institutions and associates.”

The Labour and Employment Minister Ignatius Baffour Awuah was awarded a scholarship to study at the University of Portsmouth for a Bachelor’s Degree in International Relations and Politics.

His living expenses and tuition amounted to more than £24,000.

The Deputy Majority leader Sarah Adwoa Safo who is daughter to a rich philanthropist Apostle Kwadwo Safo also benefited from a conference at the Havard Kennedy School.

Her conference cost the taxpayer $29,000 including living expenses.

The Education Minister Matthew Opoku Prempeh who supervises the GETFUND also helped himself get a scholarship at Harvard University in the US to study “National and International Security” costing $24,000 including living expenses.

“GETFund administered scholarships (local and foreign) even though it did not have the mandate to do so. The amount of money spent on foreign scholarships could have paid for many more Ghanaians to gain tertiary level education as intended by the Act.”

“Very disturbing is the fact that gifted but needy students ended up borrowing from the student’s loan scheme or elsewhere while officials who are highly placed in society took the scholarships not even for their wards but for themselves.”

The report was at pains to stress that the process of selecting beneficiaries was “unfair”, “haphazard” and largely at the discretion of the GETFUND administrator.

The Auditor-General pointed out that the poor management of the GETFUND began in 2009 after GETFUND discontinued giving funds to the Scholarship Secretariat which it the recognized institutional body for scholarships.

The GETFUND led by Sam Garba decided to administer these scholarships directly, a practice which the Management said allowed under Section 2(2e) of the Act.

But to proceed to now award scholarships, the GETFUND needed to set up systems to ensure fairness and prudent management of the funds.

It did not, infringing on Financial Administration Act, 2003, (Act 654). This failure led to the GETFUND inefficiently expending GH¢1.8 million of public funds from 2012 to 2018.

It also led to a process that was “non-structured, unfair, dominated by one person and porous. This allowed unqualified applicants to benefit rather than brilliant but needy Ghanaians.”

In all these areas, the GETFUND was found severely wanting.

“GETFund Secretariat had no policy on eligibility, as a result, granting of scholarships were based on the discretion of the Administrator”

“We noted that GETFund Secretariat from 2012 to 2017 did not advertise scholarship applications.”

In many cases, a note on a card from a politician was sufficient to get a scholarship.

Of the more than 2,000 students awarded, only four voluntarily submitted reports. 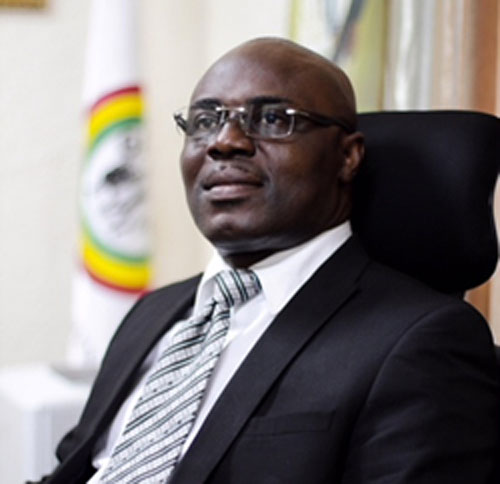 Photo: Richard Boadu is the current administrator of the GETFUND

“In administering the scholarships, GETFund consistently exceeded its yearly budget by an average of 215.9 percent from 2012 to 2018.”

The Auditor-General also slammed the Board of Trustees to allowing a one-man show and abandoning its oversight responsibilities.

“The Board did not implement its intention to streamline scholarship award.” Bernie Sanders: The only guarantee in 2020 is there’s no guarantee
Next Article Nigerian man who waited for 23 years to become a father, dies 7 months after welcoming a set of twin boys
Leave a comment Leave a comment