Former Confederation of African Football General Secretary Amr Fahmy has died at the age of 36 after a two year battle with cancer.

The Egyptian served as General Secretary between November 2017 and April 2019, when he was removed from his position without explanation.

Caf released a statement calling his death shocking and saying they “extend our deepest condolences to his family especially his parents, his spouse and daughter.

In December, he had announced that he would be running to be the organisations next president in elections set for 2021.

He told BBC Sport that he wanted to lead African football’s governing body by focussing on “pro-Africa, pro-football and anti-corruption.”

Shortly before he was dismissed from his role with Caf, he ha 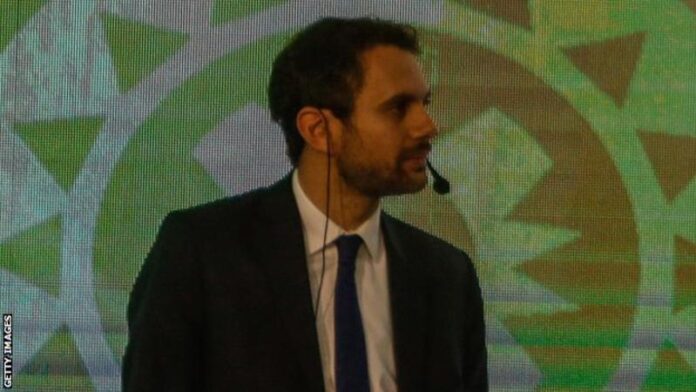 d surgery for a brain tumour.

He spent his time after his dismissal between Cairo and Paris, where he had been receiving further treatment.

He leaves behind a wife and three-month-old daughter.