In the case of the South Carolina shooter, the police chief was the intended target. 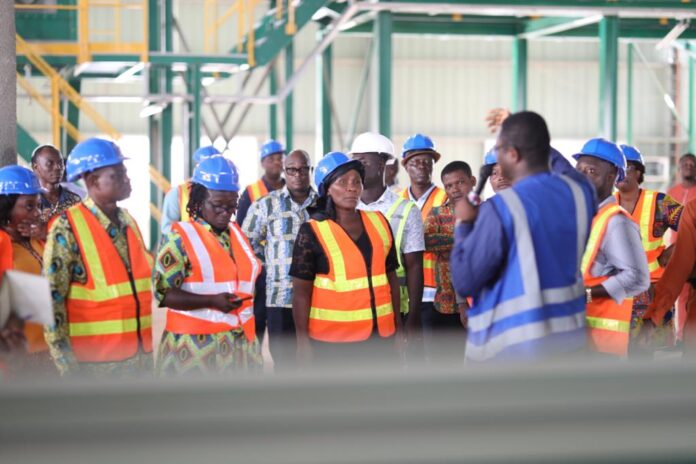 Joint Parliamentary Select Committees on Works and Housing, Water Sanitation, and Environment on Monday paid a familiarisation visit to the completed Kumasi Compost and Recycling Plant (KCARP) in Kumasi in the Ashanti region.

The committees made up of only MPs were briefed at the KCARP offices and they also used the opportunity to tour the ultra-modern waste management facility.

The project will work on a maximum of 1,200 tonnes of waste a day with an employment drive of 500 people for the start.

The MPs expressed satisfaction at the level of work done and commended the Executive Chairman of the JOSPONG Group of Companies for the project.

At the briefing session the Managing Director of the KCARP, Mr. Samuel Ntumy, appealed to the MPs to help the company secure Off-taker agreements with the government for the smooth running of the projects.

“Originally, we are envisaged to construct a 600 tonnes waste plant but in our feasibility studies and analysis, we realised that given the same infrastructure we could actually do 1,200 tonnes of waste per day and even more. Our regional agreement was for 600 tonnes per day but now we will be able to install 1,200 tonnes per day,” he said.

On his part, Mr. Joseph Siaw Agyepong, Group Chairman, JOSPONG, said starting Zoomlion with tricycles around 2006, the company has come a long way with innovative and technology-driven waste management infrastructure.

JOSPONG highly appreciated the Asantehene Otumfuo Osei Tutu II for giving out the land for the project.

“I want to thank His Majesty Otumfuo Osei Tutu II for granting us and giving us a land; the Kumasi Compost Plant land. I went to Nana that Nana we need land here. We have one of the compost and recycling plants in Accra, we need one in Kumasi and through his able leadership we got the land at no cost,” he said.